When President Trump issued his executive order slapping down ‘critical race theory training’, before doing any research on the topic, ‘critical race theory’ looked like more chicanery from the white liberal. It wasn’t until I did further investigation did I find that this trick is even more deceptive than I have anticipated.

In order to give an honest opinion on the subject matter, I must cite the work of Dr. Derrick Bell, who is credited with the creation of ‘critical race theory’, to which I do not entirely disagree. In short, I believe his theory is incomplete.

Critical race theory claims there is a permanence of white supremacy. It also claims there has been a normalization of racism. For example, it is quite normal to expect a black man to be pulled over before a white man. To this, I agree. This is normal. At least to me. I do expect to deal with racism in my interaction with whites. It has become normal for me.

Whether liberal or conservative, you will detect some level of racist microaggressions from whites. Charlie Kirk claims, “There is no such thing as a “black national anthem.” I guess, in the white mind, white people make the rules. Anything outside of their constructs is invalid.

Before we continue, allow me to define racism as I understand it. Racism is the voluntary grouping of people based upon ethnicity. This grouping may result in a competitive spirit against other so-called racists, or it may not. When my daughter sits in her high school cafeteria, the whites sit with whites, blacks with blacks, Hispanic with Hispanic, Asian with Asian, and this happens voluntarily and certainly not out of hate. This grouping of people is due to familiarity. We tend to gravitate towards people whom we are familiar with. Human (low consciousness) nature fears what it does not understand. Cultural familiarity causes these kids to sit “segregated” voluntarily.

Let us assume that the cafe food resources are controlled by one race. Do you think there will be the concern of a bias? Of course! No matter which race controls those cafe resources, bias will be a concern. Bias is not a concern, however, if those resources are controlled equally amongst the races. Is it guaranteed that the group in control will misuse their power? No! The culture of the people might not allow it. Some cultures are benevolent and support all life equally. But we can’t expect all cultures to act this way. Especially, if they are at risk of genetic annihilation and lack natural resources on their home continent. Envy may consume their ego and cause chaos for five centuries or more.

So, I do agree with Dr. Bell. Racism is normal. I’d even argue that it is natural. Nuance and honesty have been removed from the conversation of racism. Racism doesn’t have to be a system of hate. It can be a system of love. It depends on how your group manifests its racism. But as a black man in America, I fully expect white people to treat me differently than their fellow whites; in good and bad ways. Like giving me free coffee. ☺️

Lebron James Can’t Speak For Us

I agree with Candace Owens’ comments toward Joe Biden. It is disrespectful for a presidential candidate to choose Cardi B. as someone to have a political conversation with. This is racism via low expectations exhibited by the white liberal. Lebron James is not an intellectual titan. He is not mentally qualified to speak for black people. Maybe one day he can but that day has not been seen yet. Hillary pandered to us with Jay Z and Beyonce. Again, this is only one way the white liberal exposes their racism which manifests as low expectations.

Dr. Bell’s theory says that racism is not unusual; just like it’s not unusual for blacks to have their best leaders suppressed and ignored in favor of the lapdog negros to the white liberal. As long as the lapdog negro exists, white supremacy will be normalized.

This critical race theory discussion resurfaced recently because executives at the CDC can’t control their racism and have marginalized black people, like “where white managers promote white staff while allegedly stifling and discouraging Black staff.” Do I believe the gripes of these blacks at this corporation? I sure do. I believe those with legitimate gripes deserve restitution. But classes on “critical race theory” is not the correct resolution.

The CDC and Critical Race Theory

Who will conduct these classes of “critical race theory?” Is this another seminar where a white man tries to tell another white man how privileged he is? Who’s more privileged? The white man who conducts the race theory class or the white man who has to sit in the class and listen to the babble? There is no higher privilege than being able to control the voice of the oppressed. And that’s what white liberals seek to do with the work of Dr. Bell. They are using his critical race theory to control the voice of black people. Dr. Bell’s own theory suggests that the law or governing bodies cannot even undo racism.  The oppressor (CDC executives) are in no position to teach anyone anything about racial sensitivity. If these seminars are not created and run by a body of real black individuals (not culturally-white blacks) then it is all for show.

Trump said these programs are divisive and he’s correct. These things divide the poor and the poor. It creates animosity between the white middle class & the black middle class, where none previously existed. Your average worker at the CDC had no power to suppress the upward mobility of black employees. Why should they be forced to sit in this training? I, a black man, have more wealth than many of these whites.

“The sins of the rich are paid for with the labor of the poor.” — Bryan Sharpe 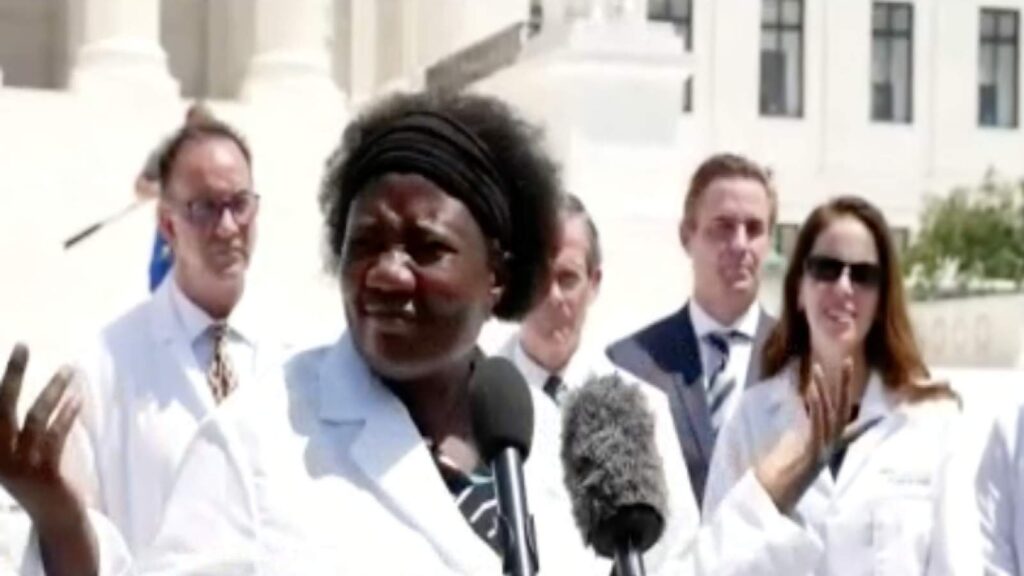 If the CDC wants to address “cultural race theory”, maybe they should start by having a sit down with Dr. Stella Immanuel to discuss her experience with her patients and the coronavirus? It seems that they only want racial sensitivity training around one kind of black person. And that is the type of black person who has been sanitized by the expectations of white liberals.

If we can’t trust the CDC to not be racist, can we trust them with the health of all Americans? Have they not disqualified themselves from operating in the field of health service, if their executives are practicing racism? Can we trust these people to put their bias aside in a multi-cultural America? Can we trust their coronavirus data to be true?

Here’s the truth about racism. The real conversation surrounds stereotypes. What are the stereotypical images of blacks in media? This contributes greatly to how blacks are treated. And Dr. Bell is correct when he says that the state cannot solve racism, especially when the state and media are married. The likeness of black people in the media is not owned by black people. And black leadership has not done a great job of promoting great black individuals outside of the entertainment industry, in the late 20th century and beyond.

The problem black people have with racism is we have never had a governing body that has not been controlled and/or manipulated by the white liberal. We need something like what these Chinese created in the late 19th century, the Chinese Consolidated Benevolent Association. This body offered services to Chinese people in America during a time when Chinese people experienced blatant racism. This association provided “legal counseling services, facilitated Chinese involvement in events for the public, established welfare programs, and issued public statements intended to represent the views of the Chinese community as a whole.” They didn’t ask for handouts from whites. They took care of themselves. Welfare didn’t come from the government, it came from themselves. If blacks won’t feed their poor, why should they expect the white man, their oppressor to?

Dr. Bell said, “Racism is more than white folk hating black folk, it is a major underpinning of this capitalist society; a control of both blacks and whites.”

The fact that he calls this a capitalist society, or even thinks that capitalism is relevant to the conversation, shows that he’s been influenced by socialists. But we’ll leave that alone for now. I want to say that I agree; whites and blacks are being controlled by this word, “racism.” Why is it that this word affects only blacks and whites and other cultures are insulated from being guilty of racism? Why have other races been exempt from being racist? Racism is the boogeyman that keeps both whites and blacks down.

To white allies, Dr. Bell suggests that they need to get other whites to “acknowledge the benefits of racism and to see that it comes at too high of a price.” This sounds like a waste of time to me. If whites want to be allies then they should devote their time to advocating black ownership and invest their time and money in black ownership. Trying to change the minds of others will only infuriate those who are already too oppressed to care. Because blacks are not the only ones oppressed. The state oppresses all of its citizens. Whites, and all Americans, are slowly losing their freedoms in the 1st and 2nd amendment for example. So, if the white man is losing his freedom, what makes you think there is hope for blacks; without unification with whites to free everyone from the state?

The white liberals’ favorite thing to do is exploit other people’s problems. “Pose as a friend, work as a spy.”

No spam, notifications only about new products, updates.

Yesterday, one of your white liberal media “journalists”, from The New Yorker, contacted me in regards to racism within the TPUSA organization. Here’s what the

Op-ed by Bryan “Hotep Jesus” Sharpe Estimated reading time: 3 minutes, Contains 715 words I believe this virus has been in the U.S. longer than people

This so-called country, which is nothing more than a corporation, has never been for or by “the people”. The acquisition of this land was funded